WILMINGTON, MASS. – The U.S. Environmental Protection Agency (EPA) has approved a final decision on a cleanup remedy for the Olin Chemical Superfund Site in Wilmington, Mass. The plan, contained in a “Record of Decision” (ROD), provides interim actions to remove ongoing sources of contamination in groundwater and final cleanup actions for addressing contaminated soil, sediments, and surface water at the Site.

“Issuing this final cleanup plan for the Olin Chemical Superfund Site is a major step towards ensuring that contamination at the site will not harm the health of people living near this site, and ultimately could allow for the site’s reuse,” said EPA New England Acting Regional Administrator Deborah Szaro. “EPA is proud to be part of the cleanup solution of this site for the citizens of Wilmington.”

Highlights of the cleanup remedy are as follows:

Begin cleanup of the aquifer by constructing and operating new groundwater extraction and treatment systems.

Capture and treat oily waste and contaminated groundwater that flows into surface water by constructing and operating new multi-phase extraction and treatment systems.

Construct and maintain caps and cover systems on areas of soil contamination, including an impermeable cap over the feature on the Olin property known as the “Containment Area.”

Prevent potential exposure to contaminants that pose inhalation risks in future buildings by requiring additional evaluations and/or engineering controls such as vapor barriers or venting systems.

EPA added the Site to the Superfund program’s National Priorities List in April 2006. The proposed cleanup is estimated to cost approximately $48 million.

In parallel to the selected remedy, studies will continue to close remaining data gaps, including to improve the characterization of bedrock topography and fractures and further delineate the extent of groundwater contamination. These studies will be used to evaluate long-term groundwater remedial alternatives, leading to the selection in the future of a final cleanup plan for groundwater.

Prior to issuing this decision, EPA solicited public comment on the proposed cleanup remedy during the virtual public hearing and comment period from August through October 2020. During that time, the public was able to formally weigh in on EPA’s proposed cleanup approach. EPA takes public comments into consideration in selecting the cleanup remedy. The Responsiveness Summary section of the ROD addresses all of the comments that EPA received during the public comment period.

The next phase is for EPA to begin discussions with Olin Corporation and the other Potentially Responsible Parties (PRPs) on the legal framework under which EPA will enforce the implementation of the selected remedy. These negotiations are expected to take six to nine months. Design of the groundwater extraction and treatment system and other components of the remedy will follow the conclusion of these negotiations and is expected to begin in early 2022. However, efforts to further characterize the topography of the bedrock, which will also be useful to identify the best place to locate groundwater extraction wells, are already underway as part of the ongoing groundwater data gaps investigations.

The Site is comprised of the Olin property, an approximately 50-acre parcel located at 51 Eames Street in Wilmington and adjoining areas that have been impacted by contaminant releases from manufacturing and waste disposal activities formerly conducted at the property.

Chemical manufacturing began at the Olin property in 1953. The facility was used to produce blowing agents, stabilizers, antioxidants, and other specialized chemicals for the rubber and plastics industry. Prior to 1970, chemicals were discharged into several unlined pits and ponds in the central portion of the property. The wastes percolated into the soil or overflowed into streams. As the liquid materials moved downward through the soil, they reached the groundwater table – because the liquids were denser than water, they continued to sink downward, pooling in a series of cascading depressions on the bedrock surface.

Ultimately, contaminated groundwater migrated nearly a mile to the north and northwest of the property and resulted in the Town of Wilmington placing its municipal drinking water supply wells in the Maple Meadow Brook aquifer off-line due to contamination from the Site.


The Record of Decision is available for review on the Olin Chemical Superfund Site webpage at: www.epa.gov/superfund/olin

Notice is hereby given that a Public Hearing will be held in Town Hall, Room 9, 121 Glen Road, Wilmington MA, 01887 on Tuesday, August 3, 2021, at 5:30 p.m. to review an hear comments relative to the Board of Health Regulations, Section 6  Wells.  A new addition noted as 6.11 will be proposed.  For a full view of the proposed regulations please visit the Board of Health website.  https://www.wilmingtonma.gov/health-department.  Or contact the office at 978-658-4298, boh@wilmingtonma.gov 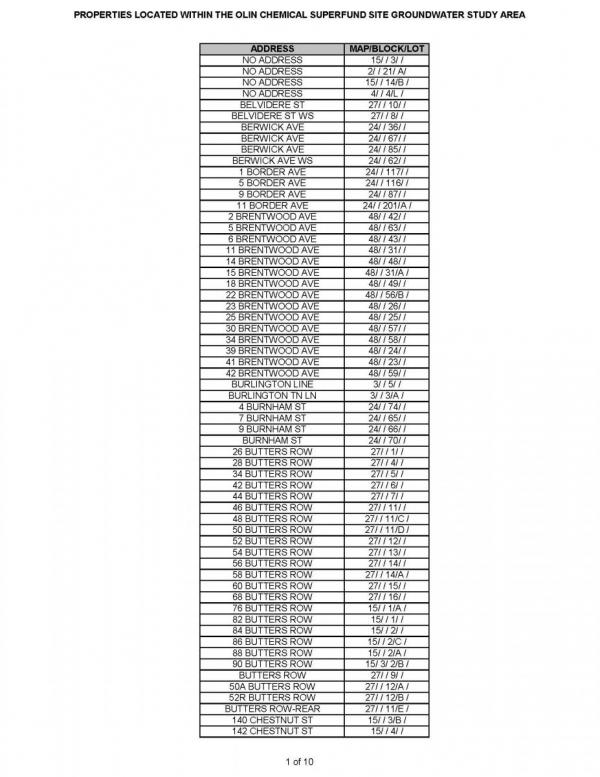 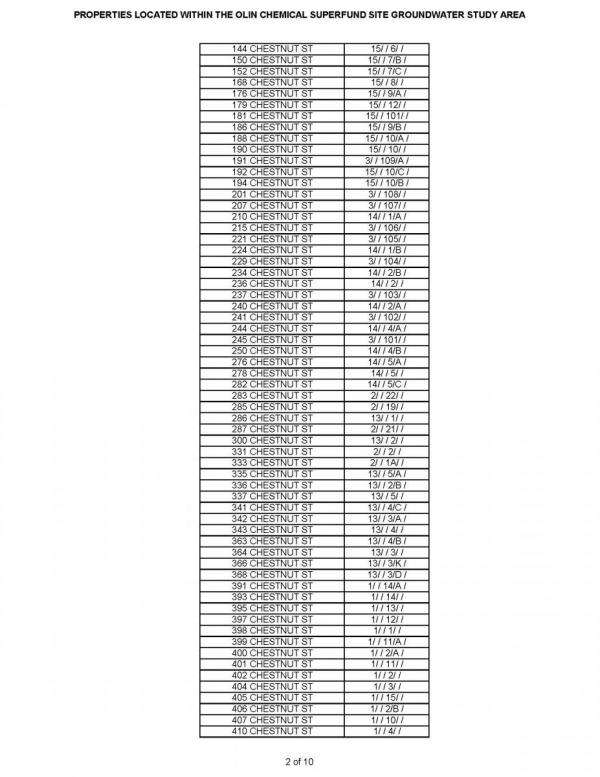 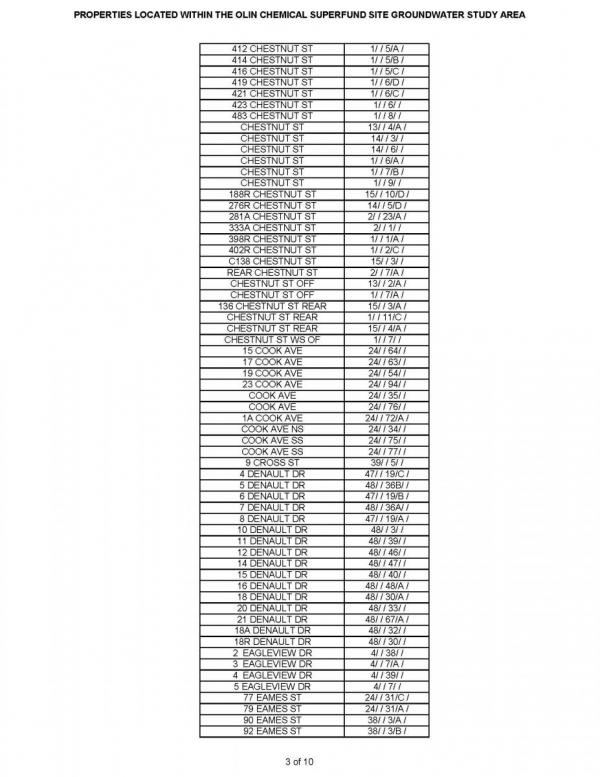 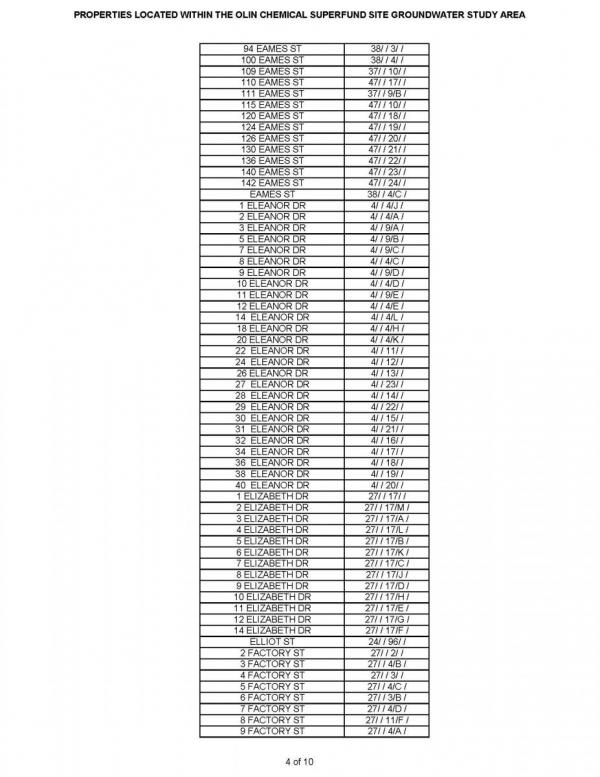 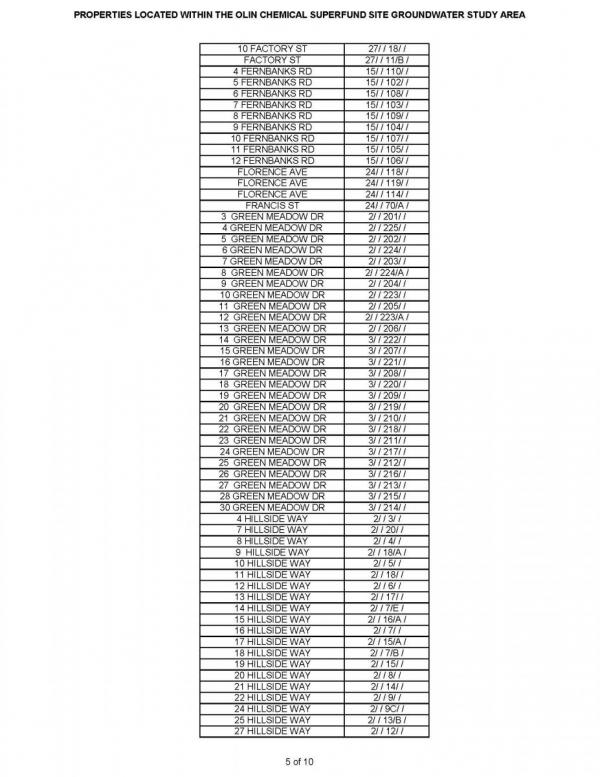 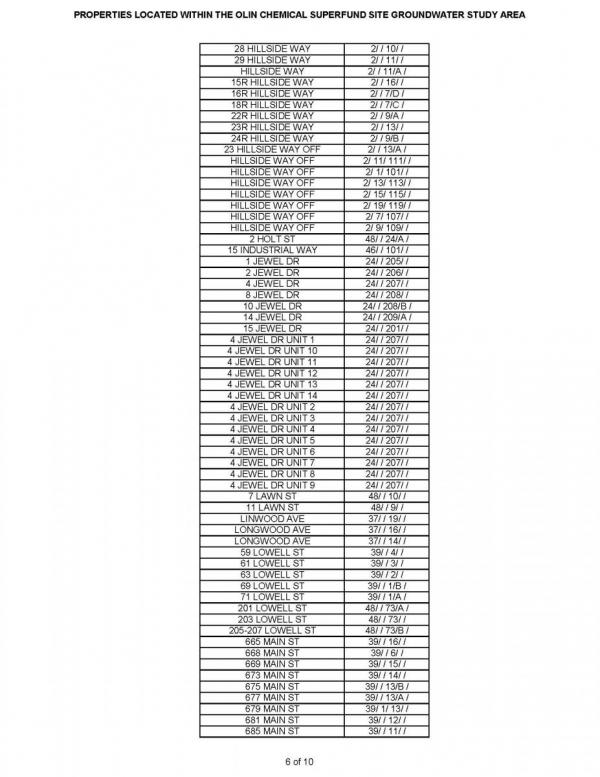 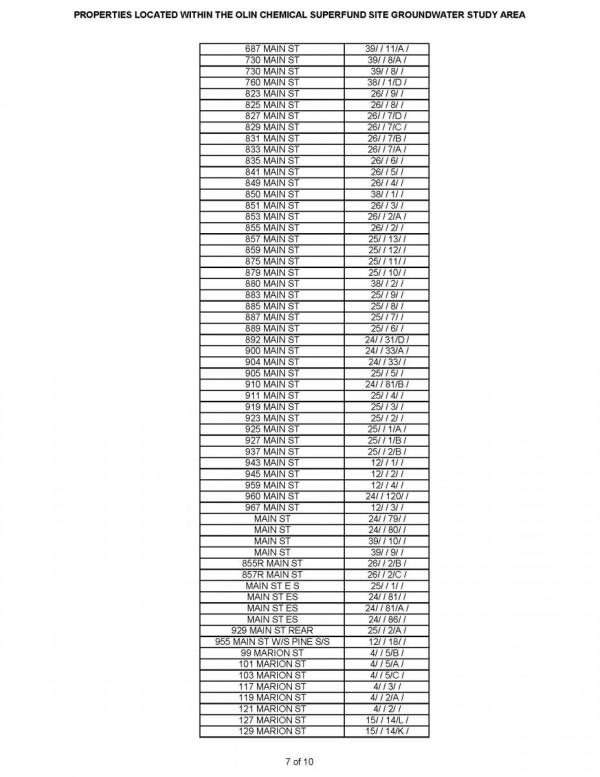 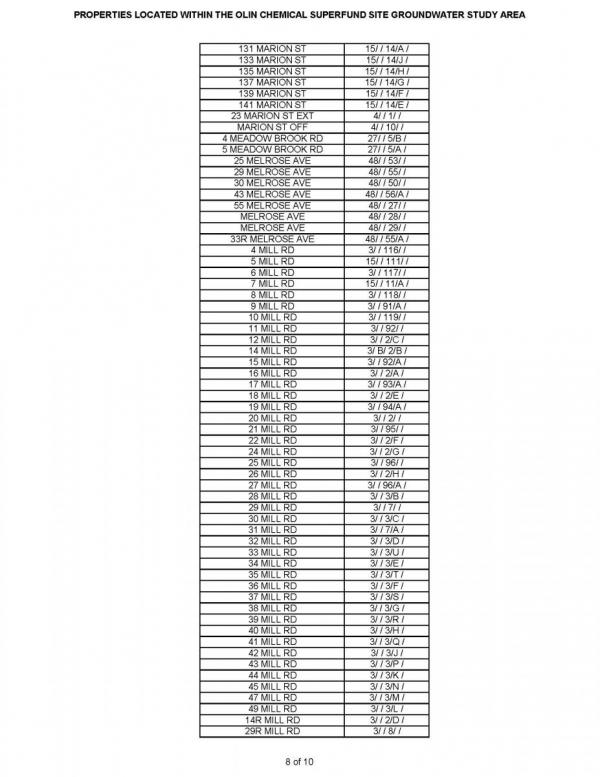 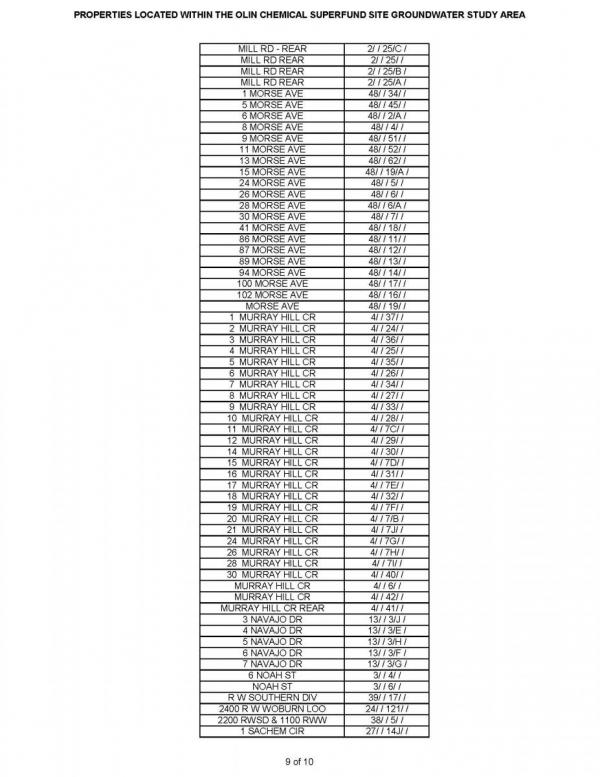 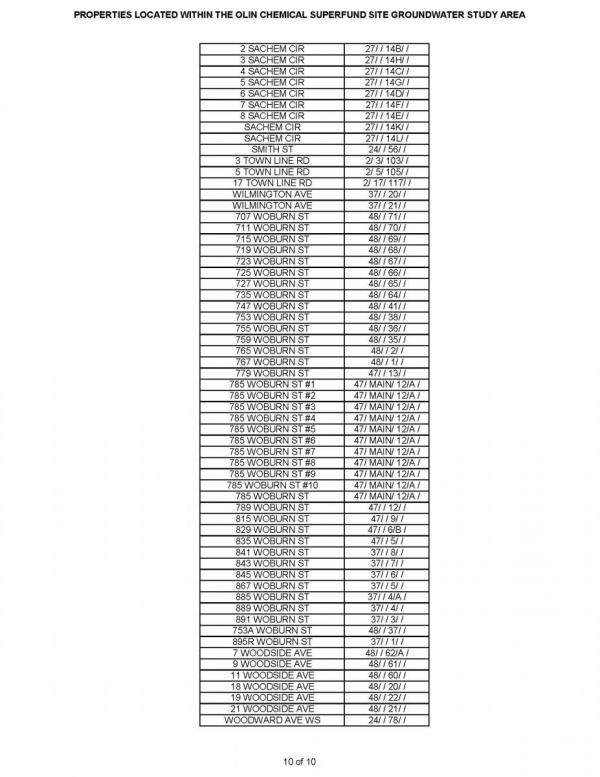